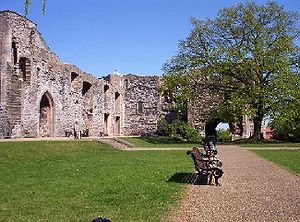 Region 4 consists of 6 areas, each is organised by its co-ordinator:

We are looking for volunteers to take photographs of places of worship. This includes Churches, Chapels, Synagogues, Mosques, Temples, Meeting houses, Kingdom Halls and even ruins. Any pictures should be uploaded on to the Regional Projects board for Region 4 East Midlands

To see which places have already been photographed just follow the links below:

It would also be really lovely if anyone has pictures of village, town or city life to add to The Wiki, it all helps to understand people and places and brings them to life.

Do you have any local stories, which you would like to share with other researchers? If so we would love to hear them. You can either contact the co-ordinator for your county or submit them directly to the Wiki. 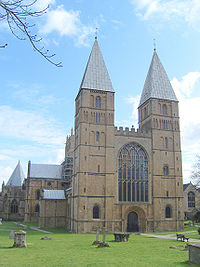 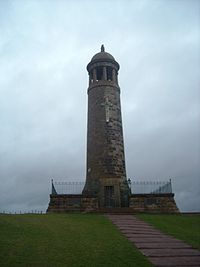 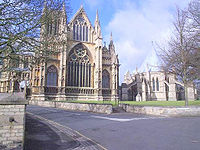 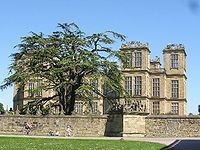 The East Midlands is a region where history dates back to the neolithic age. Being central this has been where north has met south in battle for centuries.

A wide range of occupations is found in the area, from the agricultural labourers and the market gardeners of the Lincolnshire fenland to the shoemakers of Northamptonshire, the lace makers and the framework knitters in Nottinghamshire to the steel workers in Corby and Scunthorpe and the iron, lead, and coal miners of Derbyshire and Nottinghamshire. With the increase in the mines went an increase in the Railways with at least one "railway town" in the region.

With a good network of rivers, canals, roads and railways as well as being relatively central, the area has attracted heavy industry over the years and still does

Paulinus is recorded as baptising Christians in the River Trent in 627AD. He also apparently founded a church in Southwell. Present day Southwell Minster is the cathedral of the Nottinghamshire Diocese of the Church of England. The Diocese of Lincoln once stretched across the whole of the East Midlands region. The Cathedral at Lincoln took over 400 years to build, starting in the 13th Century AD.

The area was at the heart of the industrial revolution. Richard Arkwright developed his new loom in Derbyshire and the Luddite movement began in Nottingham. Cotton mills in the area in the 18th century used orphaned children from London as the main workforce.

Tennyson and Byron were both from this area as was Isaac Newton, who was at home at Woolsthorpe Manor when the apple reputedly fell on his head.

Other incidents of note:

The following 12 pages are in this category, out of 12 total.

Retrieved from "https://reference.familytreeforum.com/index.php?title=Category:Region_4_~_East_Midlands&oldid=67330"
Category:
This page was last edited on 24 June 2009, at 12:01.
Content is available under GNU Free Documentation License 1.3 unless otherwise noted.
Privacy policy
About Family Tree Forum
Disclaimers