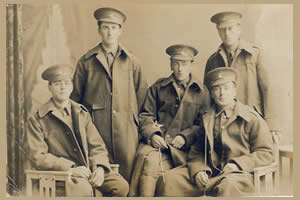 British Military Records Through The Ages

When you are searching for Military Service Records there are a few important pieces of information that you need to have. These are: 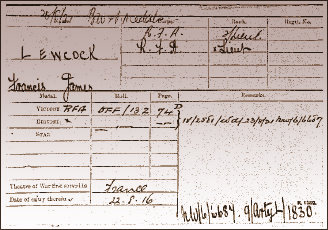 Prisoners of War and Internees

The International Committee of the Red Cross in Geneva keeps lists of all known POWs and internees of all nationalities for the Second World War. Enquiries concerning these lists should be directed to:

That lists alphabetically over 107,000 British Army POWs of all ranks held in Germany or in German occupied territories in World War Two. It gives each POW's camp, POW number, surname, initials, rank, army number and regiment/corps.

It was re-published in 1990, by J B Hayward and Sons of Polstead, Suffolk


Women in the Military

At one time there were an estimated 80,000 employees.

If anyone requests a search of these records then it would be helpful if they back the cause and have a whinge about records being held in Wales rather than at the Arsenal (Heritage Center in Woolwich) and also stress the importance of not destroying records after the 100 year rule which is based from the employees DOB (although it is thought that they have been fairly reasonable on this one and so chances are they may still have the record).

This link explains more about the Arsenal - Royal Arsenal

Shop: The Queens Shilling specialises in military books and items:

British Wars through the Centuries

Battle of Culloden (1746) - last battle on the British mainland

Back to Military and Maritime History

Back to Main Page

Back to General History

Retrieved from "https://reference.familytreeforum.com/index.php?title=Military_History&oldid=92120"
Categories:
This page was last edited on 20 July 2022, at 18:54.
Content is available under GNU Free Documentation License 1.3 unless otherwise noted.
Privacy policy
About Family Tree Forum
Disclaimers